'Elusive', 'Ontological', and 'excitable': Petra Szemán's work in three words. Petra is a moving image artist working with animation and game-like immersive installations, whose practice is 'centred around instances in which real life can be experiences as fictional.' In her most recent project 'Vug', she teamed up with Durham University's 'Durham Digitale' and the Killhope Lead Mining museum in Durham. Amana caught up with Petra to discuss this exciting new project and other aspects of her pioneering digital art practice.

Amana Moore: First off, who are you? What do you do? How did you get to where you are now?

Petra: I’m Petra, a video artist working with animation and computer games. I grew up in Budapest, Hungary; came to Newcastle to do an art degree, and ended up loving it here. I lived in Japan for two years on the MEXT Research Scholarship, and ended up returning to the North East in 2020. I have a studio in Newcastle, and do the usual freelance artist song-and-dance of juggling approximately 500 small projects at any given point in time. 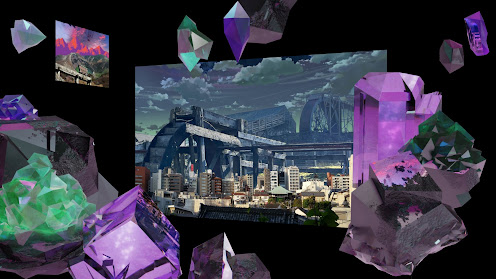 You did Fine Art at Newcastle. Tell me a bit about that... how do you think your practice has evolved through your time there?

I went to university with the intention of doing painting, not because I was particularly fond of painting as a medium over others, but rather I didn’t know I had other options. I hadn’t really received a formal arts education before then. You don’t get to choose your subjects in the Hungarian secondary school system like you do for A-levels here.

"It kind of feels like I stumbled upon this vast cavern and I’m just going through that and exploring all of its elements, but the end is nowhere near in sight."

In my 2nd year of university I signed up randomly for a workshop to do with moving image and Adobe AfterEffect software that was run by the amazing Kelly Richardson, and the video art just snowballed from there. It was in my final and 4th year that I started to get a proper feel for what I think has since become ‘my style’, and in the years since then I’ve just been evolving that and expanding on it. It kind of feels like I stumbled upon this vast cavern and I’m just going through that and exploring all of its elements, but the end is nowhere near in sight.

How would you describe your practice in three words?

Tell me about your time in Japan. What did you do as a research student?

I was in Japan on the MEXT Research Scholarship, which is given out by the Japanese Ministry of Education and Culture. Through this I spent 2 years as a so-called research student at the University of Tsukuba. In practice this meant that I was developing this two-year project with an advisor from the media school there, and with access to the university facilities. It was ‘practice-based research’, which is what they call when your main output is artwork rather than a traditional written thesis. The scholarship was enough so that it would fund my cost of living, and I could save up a bunch for travelling within the country and getting new equipment for my practice such as a better drawing tablet. I got to work along my proposed research plan, which culminated in the four-part Monomyth: gaiden series that I’ve published part by part over 2018-2020. 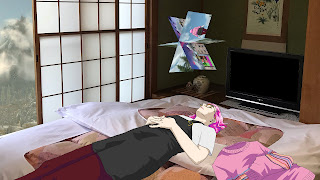 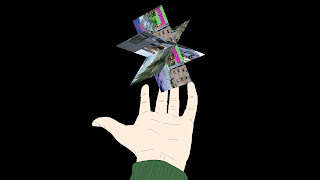 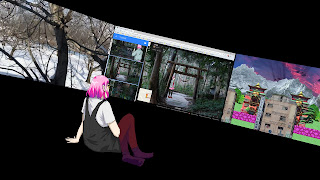 There’s definitely a strong influence! Generally speaking there’s a lot of Japanese pop culture elements that play into my work, and while my videos don’t take place in any one location in the traditional sense, a lot of the background material I use is footage that I collected on my research trips while living there. These elements are then used as entryways into wider realms of reference that point beyond a specific country or place.

Your work is very digital-based. What is it about working digitally that you enjoy?

The ability to construct environments and scenes that are built up of so many different layers, uniting a variety of perspectives (both literal and figurative) in one image world. Gaining spatial awareness of realms of experience that I can’t access with my physical body.

"The ability to construct environments and scenes that are built up of so many different layers, uniting a variety of perspectives (both literal and figurative) in one image world."

How much of your work do you do by hand/manually and how much is made digitally?

I can’t really make this distinction, because most of my work is done manually via digital devices. I draw the character animation by hand, frame by frame using a drawing pad. I assemble scenes and make them move Adobe AfterEffects, which is just as laborious as working with any off-screen medium. If there’s 3D elements, I will sculpt them manually in Blender.

I do have a pen-and-paper sketchbook that I use for planning out how to compose scenes, as well as drawing storyboards and animation drafts for narrative-based videos.

On your website you describe your work as ‘Centred around instances in which real-life can be experienced as fiction.’ What does this mean? How do you negotiate the tension between fiction and reality in your work? 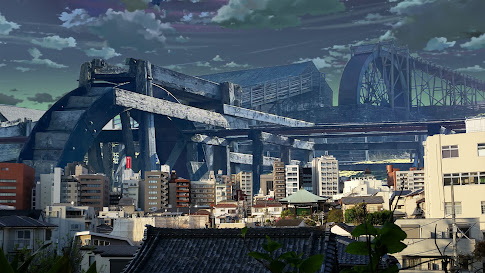 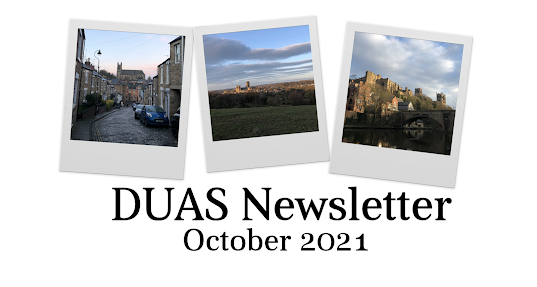